Through our chicken project, women harness their collective purchasing power, get discounted prices, and establish a sustainable source of income

In partnership with Connecticut friends of Bosnia, BILD has helped a landmine survivor and his family become self reliant

In may 2014, lethal floods devasted the city of Doboj, BILD helped in the immediate aftermath and now is helping rebuild Doboj's job base

Since 1996, our direct aid projects helping families and communities have included a broad range of activities especially during the years immediately after the Bosnian War (1992-1995). Some examples. We have helped rebuild an elementary school in Nova Kasaba, establish a residential drug rehab center in Lukavac, and fence off a minefield next to an elementary school near Doboj. We have provided computers to schools in Srebrenica, a new van to a mental health association in Tuzla, furnished a women’s association in Zvornik, delivered firewood to families in the Ozren mountains, delivered care packages to orphans in Zvornik and school children in Milici, fully equipped computer centers at the Association for Students with Special Needs at Tuzla University and at the Association for the Hearing Impaired in Tuzla.

While some of our direct aid projects have been financed with grant funds, the projects are almost entirely donor-driven. Our private donors have identified their donor intent and we have honored their wishes in accordance with our mission. Currently, we are implementing two projects shown below that started with a private donation and continue to this day. A $1,000 donation from Louis Ponticas in 2005 initiated our chicken project empowering women in eastern Bosnia and a $1,100 from a group of US peacekeeper’s families that same year initiated our assistance to the family of a landmine survivor. The third project shown below started in response to the May 2014 floods which devastated the city of Doboj. Learn more about our current projects by clicking on one of the choices below.

If you have an idea of how your donation could help families in northeastern Bosnia, send your ideas to Christopher Bragdon at cbragdon@bildbosnia.org. 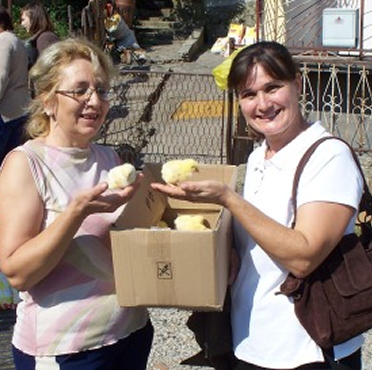 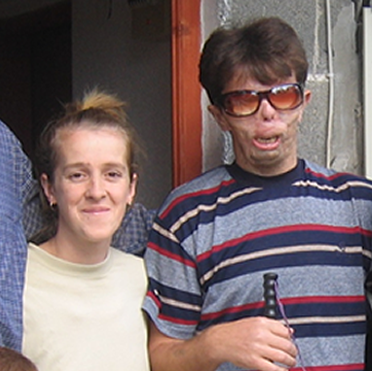 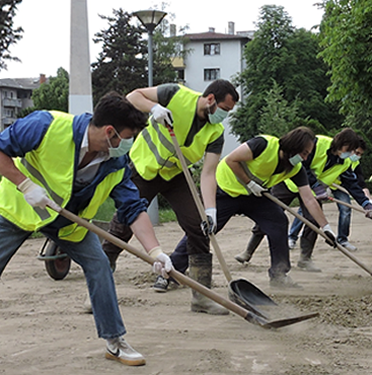